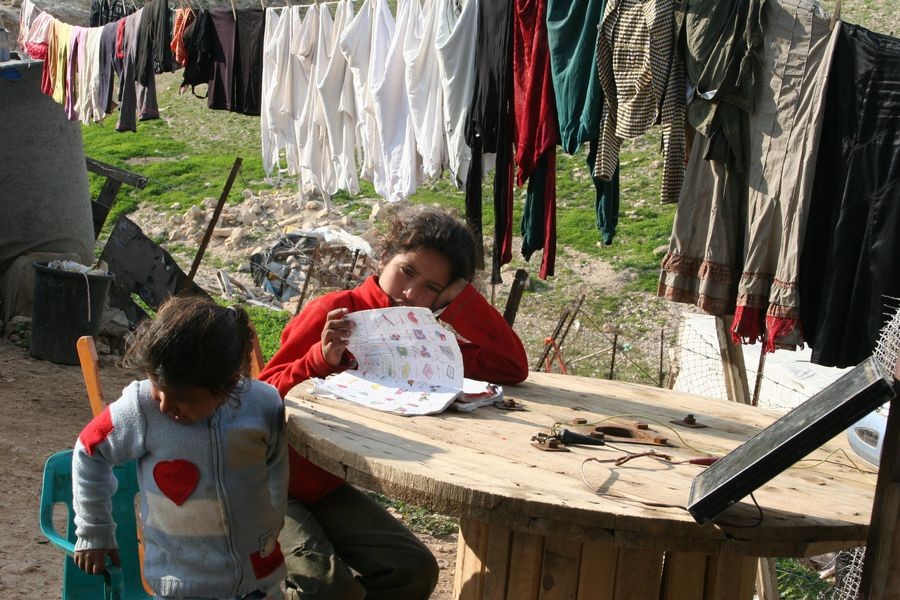 Land for the Nomads

Israel says that it is planning to remove and relocate 2300 Bedouins from the Judean desert, east of Jerusalem. The plan will eventually evacuate an estimated 27,500 Bedouins living in the West Bank, which Israel occupied in 1967. They were displaced from the southern Negev desert around 1950 shortly after the creation of Israel. In what’s seen as a gradual process since the 1970s, state-sponsored Jewish settlements mushroomed up all along the desert, limiting the Bedouins’ nomadic way of life.

Shlomo Lecker is an Israeli lawyer who defies all stereotypes. He is a Jew who fights for the Arab Bedouins. He is an Israeli who challenges the Israeli judiciary. The film explores Lecker’s personal relationship with his clients – the lone Israeli who claims that he has a Bedouin soul. The twist in the story and the interesting polarities of his character are revealed when the director confronts him in his house – formerly abandoned by Palestinian refugees in 1948.

“Land for the Nomads” narratively observes issues that are between the personal and the national, the modern and the traditional, the exotic and the familiar, with irony and humor that make the film accessible to a wider audience.

“A documentary film by Lipika Pelham about Shlomo Lecker, lawyer for the Jahalin“, Jahalin Solidarity, Nov 2012

This website uses cookies to improve your experience while you navigate through the website. Out of these, the cookies that are categorized as necessary are stored on your browser as they are essential for the working of basic functionalities of the website. We also use third-party cookies that help us analyze and understand how you use this website. These cookies will be stored in your browser only with your consent. You also have the option to opt-out of these cookies. But opting out of some of these cookies may affect your browsing experience.
Necessary Always Enabled

Any cookies that may not be particularly necessary for the website to function and is used specifically to collect user personal data via analytics, ads, other embedded contents are termed as non-necessary cookies. It is mandatory to procure user consent prior to running these cookies on your website.